In this tutorial, I take you through the build process step by step. I show you how to make a sci-fi hand props from a few simple bottles found at a local supermarket for under $10.

In this tutorial, I take you through the costume build process step by step by using inexpensive clothing. I show you how to make a screen ready costumes inexpensively.

More and more I am filming content on my smartphone and I am digging it. Let me start off by saying I am old enough to have been creating content before there were video cameras and desktop editing options. I am also young enough to have been an early adopter of that technology. When I started creating videos over 10 years ago all the working film people would give us video creators a hard time. Saying it’s less than, a toy and not legitimate. Well now that is no longer true and it was well worth my time to go on the journey. Recently hearing about phone filming technologies I scoffed at them. Then I had an uncomfortable realization. I was treating the idea of shooting video on the phone the same way the film people scoffed at video in my early days. I quickly started to learn about the new technologies this is what I found. 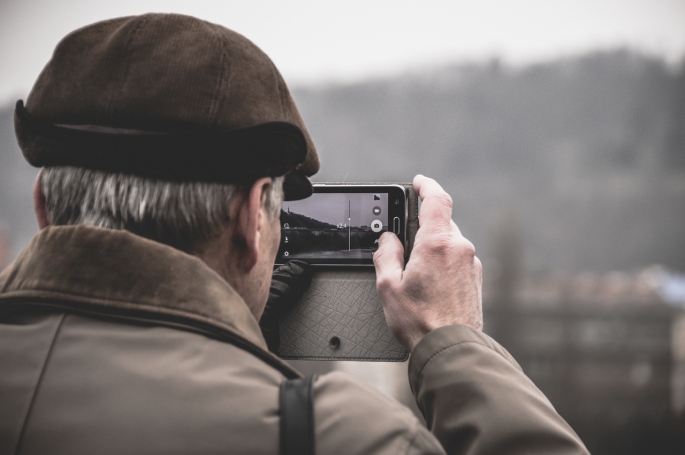 To start you want to beef up your camera app and get a sound recording app. The two camera apps that I have been using are Filmic Pro at $14.99 and Movie Pro at $5.99. Right now for me, Filmic Pro is in the lead also the Film Riot Show did a great review tutorial on Filmic Pro here. For audio I have been using one app I’m very happy with called the Apogee Meta Recorder at $4.99. For a single person shooting I have been using a simple inexpensive phone lav, you can get ones like this on Amazon for $20.00. If you are shooting a scene with multiple people you can use a shotgun, Rhode has many phone friendly options.

For stabilization and framing there are many options as well. On a basic level I use a simple tripod phone mount and a basic flexible gorilla tripod. Here is a best of list. Recently I purchased a handheld rig from iographer for around $60.00.

Last I will say I have worked professionally as a video editor and when I import video captured on the phone into the editing program I am hard pressed to find any reasons for not capturing video images on the phone. All the gear to make a legitimate attempt at filming with your phone is under $100.00. That to me is amazing. I would highly recommend you explore the possibilities of shooting a short film or web series idea you’ve been kicking around as soon as possible. With gear under $100.00, it will only cost your time.

To put my money where mouth is so to speak, on my youtube “How To” channel I am doing a series called “How To Make A Sci-Fi Short Film” So far all the episodes are shot on the phone and the short that I will be making at the end of the series will be shot on the smartphone.

I hope you found this simple hack useful. For more tips and shared experience visit and subscribe to my above-mentioned youtube channel Create Sci-Fi with plenty of informative videos on creating content.

In this tutorial on Create Sci-Fi, I share my DIY process of breaking down a script, creating a shot list and generating the shooting schedule. This is the sixth video of the How to make a Sci-Fi short film series. Make sure to subscribe to follow along.

In this tutorial on Create Sci-Fi, I share the basic steps of creating a casting notice and holding an audition. This is the third video of the How to make a Sci-Fi short film series. Make sure to subscribe to follow along.

In this tutorial, I take you through the build process step by step. I show you how to make a screen ready sci-fi goggle prop from a few Dollar Store items.

Be sure to watch my video channel for more Sci Fi filmmaking giddy-up.